The good folks over at Urban Velo have posted up some shots of a pre-production '10 Rush frame, and you can check out the post here!

It came to life as a sample to test the new spec and could be seen rolling around Vegas this year.

We haven't fully locked down colors, but the pearl white will be staying for sure, and we are adding a rich olive green.

For forks, we will continue to offer our classic curved-blade forks in colors to match. The straight-blade will be available for sale separately in chrome only. 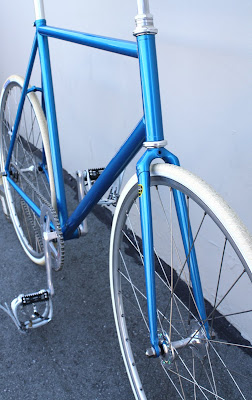 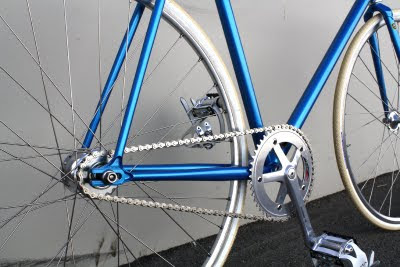 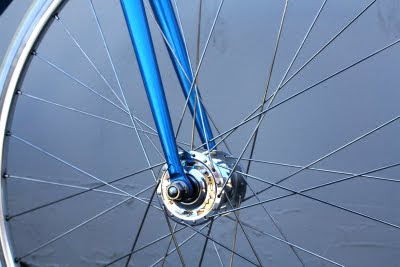 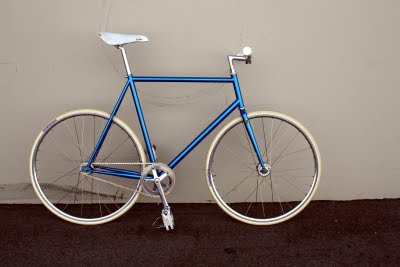 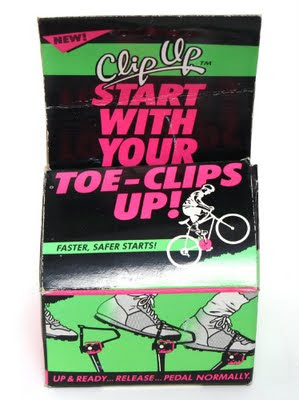 Seriously, start with your toe clips up. 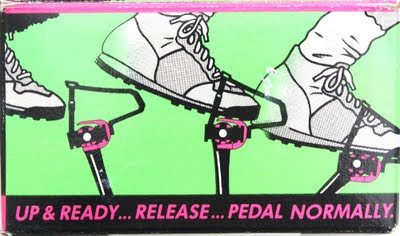 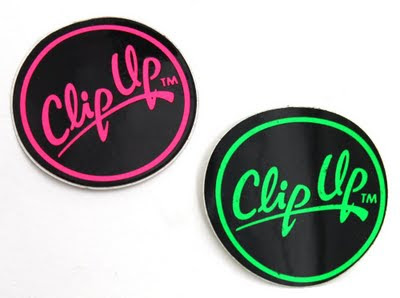 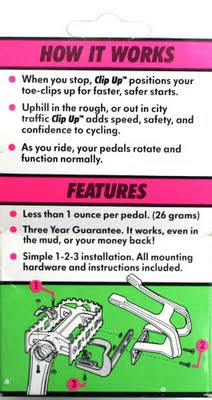 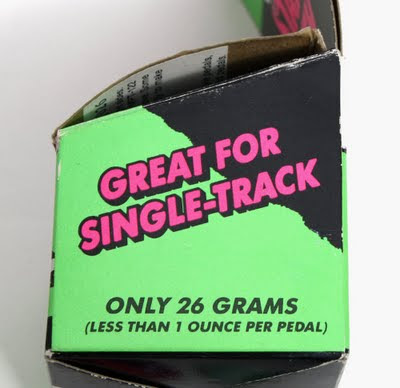 One of the lucky gents in the office received this absolutely gorgeous piece of work from Chris Igleheart, just in time for the next Bay Area Super Prestige 'cross race this weekend. The pictures do the frame no justice, but some more photos will be up of the completed build in no time. Its really about the details on this frame, all the well-thought subtle bits... 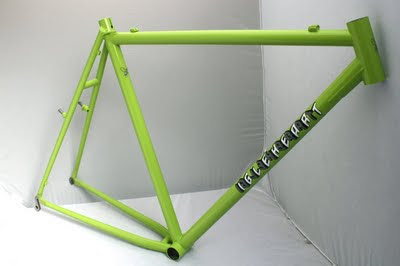 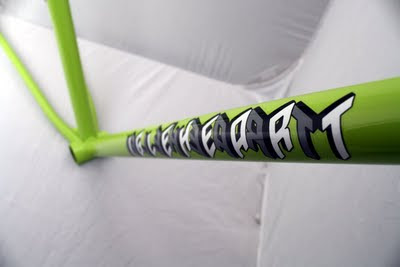 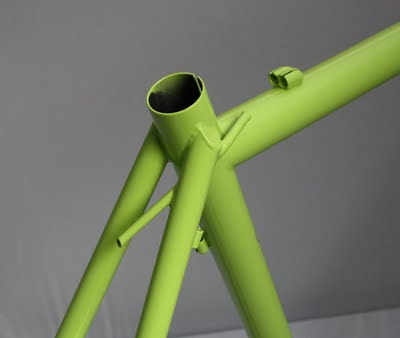 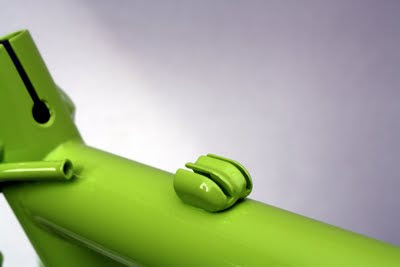 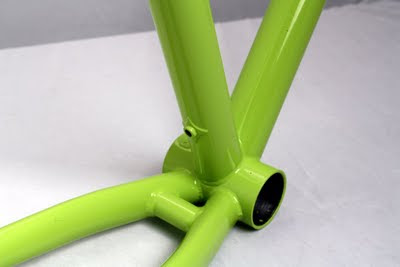 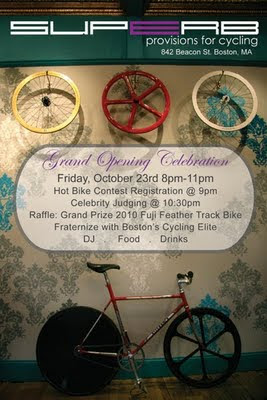 Superb is throwing their grand opening party this weekend. The shop is looking awesome and anytime you are in Boston, swing by and check them out.

The festivities will begin at 8:00 p.m. with food and beverage alongside music and atmosphere. The registration for the multi-category "Hot Bike" contest will begin at 9:00 p.m., with judging starting at 10:30 p.m. by our celebrity judges (who are some of our favorite local frame builders). We will also be raffling off many great items from some of our vendors and sponsors, including a new 2010 Fuji Feather Track Bike. Don't miss this chance to mingle with fellow cycling enthusiasts and check out Boston's premier bicycle boutique!

With prizes for:
-most original
-most true-to-form classic
-most aero
-most flair
-best paint job

Enter the raffle for a chance to win a 2010 Fuji Feather Track Bike and more from our sponsors
$1 for 1 ticket, $3 for 5 tickets 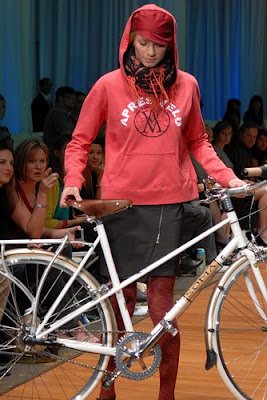 Some pictures from the Momentum's Ready To Roll Fashion Show in Portland. This show was quite unique because it wasn't just put on for the bike crowd or bike industry. It was part of Portland Fashion Week, so you had fashion industry folk and style makers getting possibly their first taste of bike couture from Sheila Moon and others.

Does this mean Nike will launch a tweed cycling line next fall? Go to Bike Portland for the full story and more photo coverage. Thank you to Veloce Bicycles for the wonderful job of building up the Buena Vista and Smoothie used for this event. 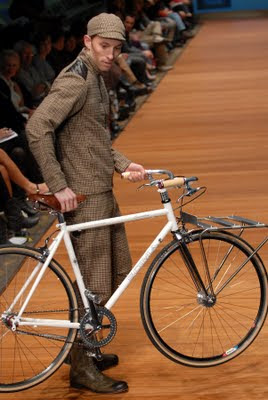 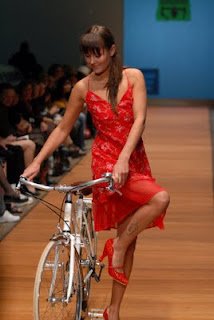 Fall in the Bay Area is one of the best times of year. We will often have some of our best and most consistent weather throughout September and October. We may have a storm blowin' in tomorrow, but this past weekend was perfect for a little weekend in the woods.

We loaded up and rolled out Saturday morning. One night in the woods, especially at a camp only 5 miles from a relatively populated area (Marin) means you can get away with being a little haphazard with your planning and setup, but it also means you can get up and decide to head out for the weekend on a whim. Our trip was somewhere in between, and it was great to roll out of bed, get a coffee and turn the pedals all day while taking in the scenery. I think it was the polar opposite of training for 'cross, which has been about all the riding I have been doing as of late. 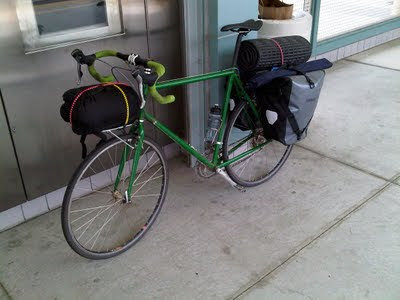 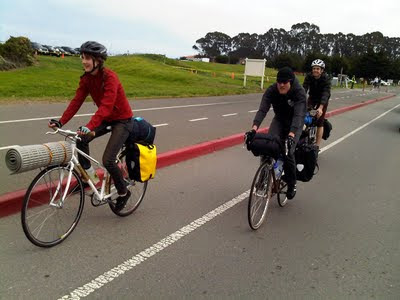 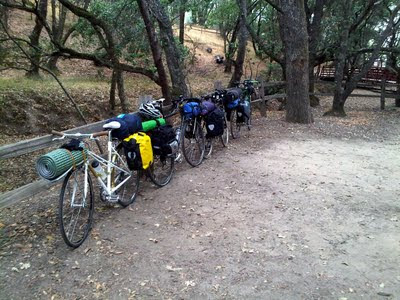 China Camp in San Rafael is an awesome campground and trail network with beautiful oaks and salt marshes. 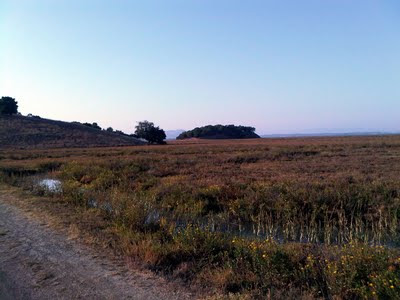 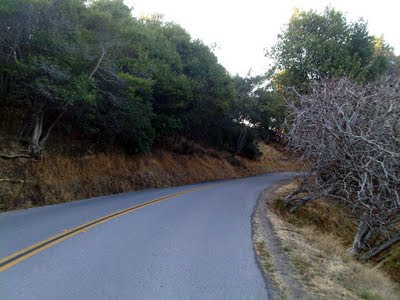 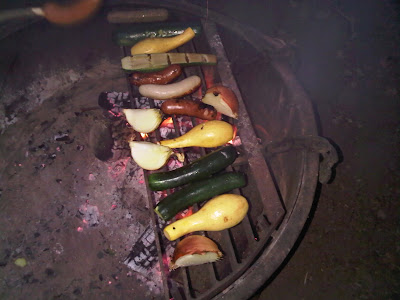 Post-camping I set off to do my weekly shopping with my new gear tote. It is the Sackville Shopsack from Rivendell, which is made in the USA of fine Scottish fabric in an awesome olive green. If you have used the cheapo bags they sell at the counter of grocery stores you know how they last all of a few months. This bag is stout, classy, and will last decades instead of months. This is the bigger size of the two (they are sized to fit the Wald 137 and 139 baskets) and easily holds a large baguette and all kinds of junk food, which, from looking at that photo, is apparently what I eat. 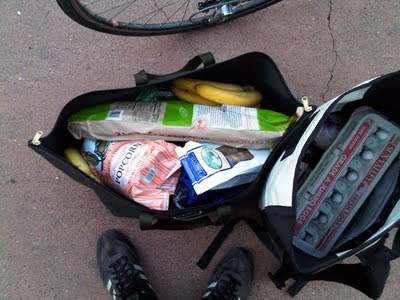 Bungee'd to a rear rack is not nearly as class as in a Wald basket, but it does the trick. 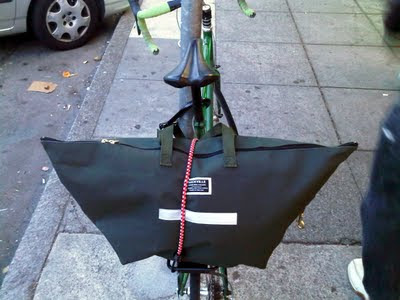 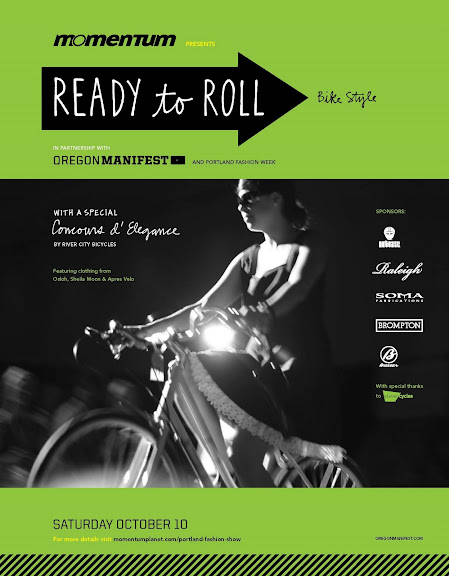 All this month you folks fortunate enough to live near Portland, OR can enjoy all the coolness that is Oregon Manifest. We would like to ask that you not miss one particular Manifest event we are co-sponsoring, the Ready To Roll Fashion Show presented by Momentum. Show-goers can expect to see sleek, sexy, expressive and bike-friendly urban style. Portland Fashion Week also has a hand in this, so who knows... you might be rubbing elbows with super models at this event.

For complete info, list of designers appearing and to buy tickets, head to the Momentum Magazine site. Yes, you have to buy tickets, but the folks at Momentum have worked it out to get you a nice discount if you use the codeword "MANIFEST".

We went out after work to practice a little on the course: 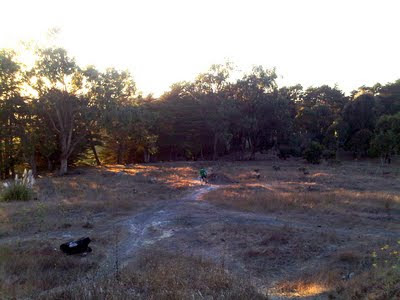 Little notice outside the community garden: 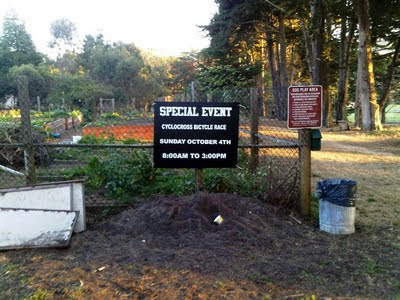