Even after hosing down at the bike wash, the amount of mud jammed into the ratchet mechanism was enough to prevent proper ratcheting. After riding home from the race at the Cow Palace, I sat there at the front door working the release lever to get free from my wet, heavy shoes. 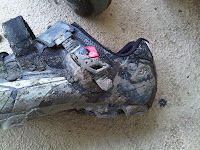 Pilarcitos #4 was yesterday, and it couldn't have been a nicer day. It was crisp, clear and chilly in the morning, but towards noon warmed up perfectly. The course was fantastic, and more people that ever were out getting into the 'cross spirit. Northern Cal/Nev Cycling Association has links to great photo galleries. Season finale at Coyote Point next Sunday.
Posted by Stan at 2:50 PM 1 comments

The most highly-anticipated product of the year, the KMC Flag chain: 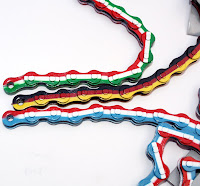 Had a great time checking out the S.F. Bike Expo. Even though we did not exhibit, we did get a last minute opportunity to help loan a couple of bikes for the fashion show event. My camera ran out of juice before the show so I have no pix of that or the track stand competition, but I am posting up a a bunch of pix for those of you who had to work.

Both the bike shop/manufacturer and swapper halls were buzzing with cycling enthusiasts looking for anything new and interesting from folks like Sycip or Cove Bikes or on missions to hunt down vintage bargain used bikes and parts.

A couple of vendors were pushing electric bikes. One notable was Plugz, out of Sausalito. Lithium batteries, up to 20mph, 40 mile range, under $1500. Impressive specs. (Sorry no pix.)

The day was chock full of other diversions including a vintage bike show, a low rider show, track stand competition and BMX stunt course. What got the most attendance was probably the AT Showdown (Dirt Jump) competition and the Cross Palace (CX) race. The courses ran really close to teach other, so spectators could see both at the same time if they wanted. The Cross Palace course was certainly one of the most outrageous ever seen in the Bay Area. There was a steep downhill section that had some more cautious riders walking down, a section through a cattle holding pen that weaved like a maze, an indoor section, and no shortage of mud.

It was a grand menagerie of all things bicycle stuffed into a single day. Looking forward to seeing how it turns out next year. Many more pictures in our Flickr set.
Posted by Stan at 12:07 PM 1 comments

Eating well is an important part of being a fast racer, which is probably why I am not a fast racer. I thought I would chronicle what my food intake looks like a couple days before a race.

Evening training ride, I had a banana on the bike. Please note any lame attempts at humor. 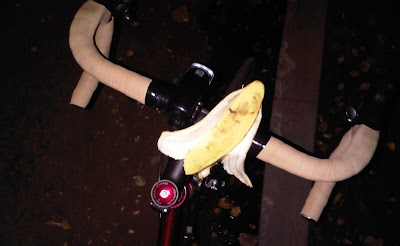 Then some post-ride recovery drink: 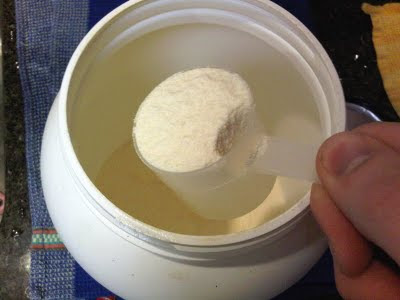 Post-post-ride was a late night trip to flour + water. This is where things head south. Pork terrine, prosciutto-braised cabbage pizza, and celery root tortelloni. All delicious, but maybe not part of a balanced training diet. 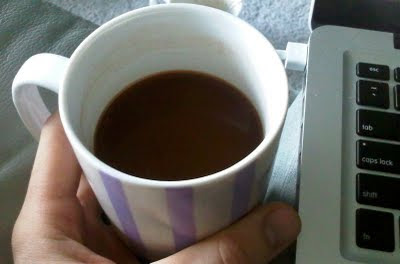 Lunch was spaghetti squash, rice and a turkey sandwich.

There you have it. You don't get to catch glimpses of the top 10 in the C category on just any diet.

Tomorrow is the SF Bike Expo. Cow palace + bikes. The rumors seem to indicate the cross race being on some kind of monster-track involving BMX elements and mud pits. Should be pretty awesome.

SF Bike Expo! This Saturday! At the Cow Palace!

Brian over at Stumptown coffee sent us an awesome care package that made our Monday morning:

Stumptown does fantastic work, offering coffee that is as fairly-sourced as it is delicious, and you can find them in Portland, Seattle, and New York, as well as online. 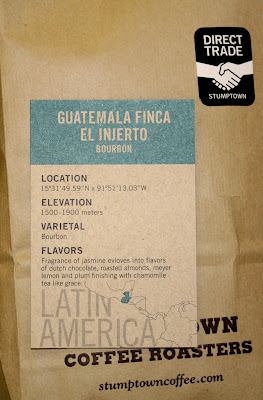 Each bag smells so rich. Tomorrow morning is going to start very well!

Brian has been riding one of our first Rush's ever produced, and he is still riding it everyday. Thanks for the awesome gift, and we're stoked to hear you love your Rush!
Posted by Stan at 3:41 PM 0 comments

A couple of great guys, Joaquin and Bryan, are living the dream and touring the world. After they finished the 42 Below ride, they decided to keep on touring and living on road with their bikes. They call themselves We Keep Going, and they certainly have started quite an undertaking. The planned route starts in LA and brings them down through Mexico, Central and South America, then across the Atlantic to northern Africa and up to Spain (and the rest of Europe to follow). They are already down around Ensenada according to their most recent blog post. Keep up with them on their blog as they post updates and photos from their epic adventure, and an encouraging email (or donation) will help keep their dream alive!

We were able to connect with Jo and Bryan and set them up with Saga frames and New Xpress tires to keep them on the road, and the frame has been a good match for what they are doing (and what is classier looking than that navy/creme/gold color scheme with a set of skinwall tires?). If you want to hear what a couple guys with some serious touring experience have to say about the frame, here's their review.

Awesome dudes on an awesome ride: 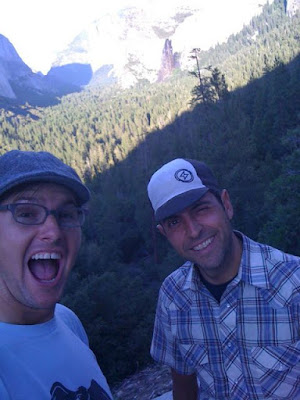 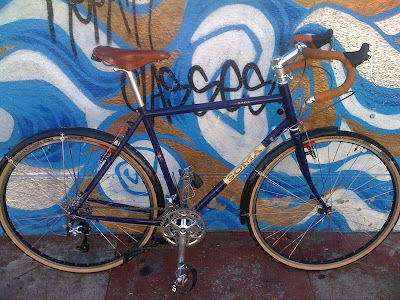 Look at the list of stuff they are bringing, then think about the ride they are headed on. Still trying to wrap my head around it.

We wish them all the best on their amazing journey, and will keep you updated with their progress! 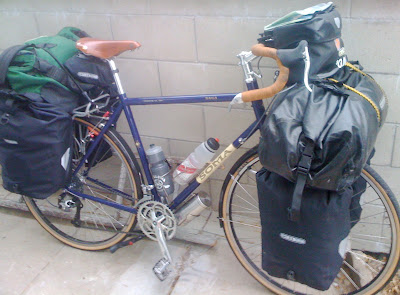 Another special edition frame from the guys at Pake (they said this will be even more limited than the green or gold). The purple is really rich with a perfect amount of sparkle in the sun. This is a frame that will still look great in 10-15 years (there may be some skeptics about purple 'round here, but this is a classy purple that is very timeless). It is specced with the the lugged crown Tange track fork. Frame uses cold-drawn Tange tubing for an improved ride quality over some of the other frames in this category. Combined with the spot-on geometry, this builds up to be a great track ride. Fork is 1" threadless, 38mm rake. We got 'em on the store. 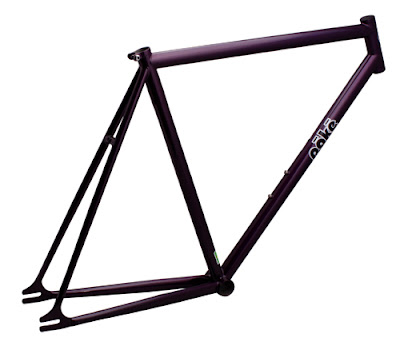 This is what the sparkle does in sunlight:

We once again have more of the ever popular cork purple tape. We got it in a while ago and it has been flying under the radar. Along with it we added a couple of other cool tape options. All available here. 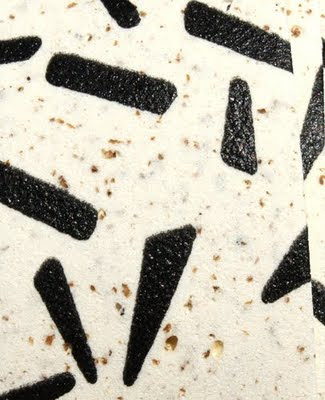 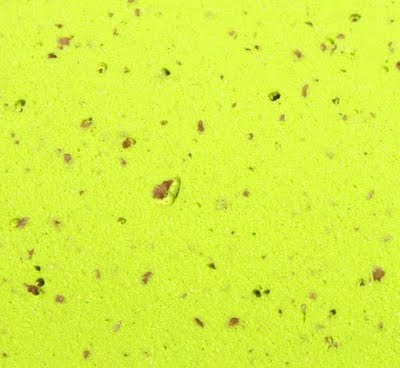 "Natural". It is a nice option somewhere between tan and brown: 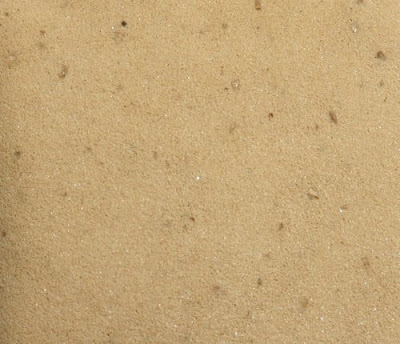 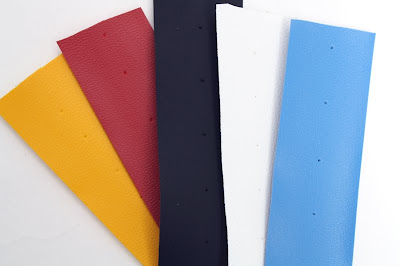 Here is our new alloy mini front rack. Perfect for small loads, a Wald basket, or really anything you are aiming to carry. Check em here. 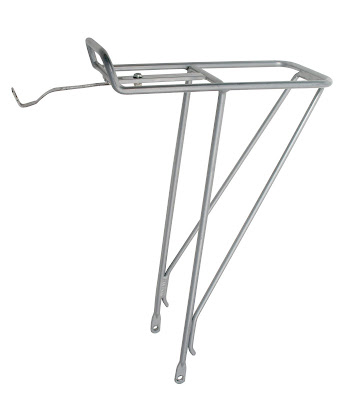 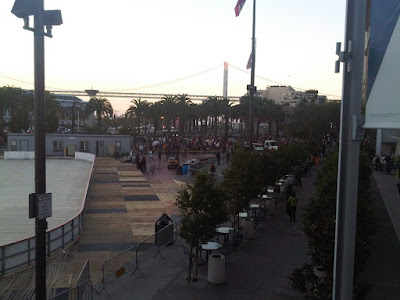 Little 'cross racing action. Course was fun, huge sand pit. If you are in the Bay, check out the next Pilarcitos race on the 14th at Sierra Point. It is a night race under the lights, and should be interesting! 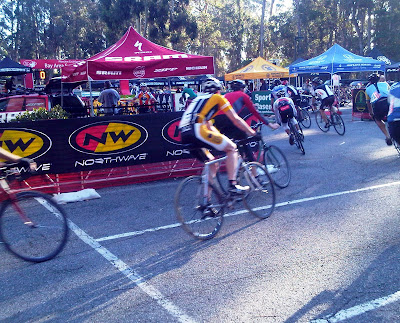