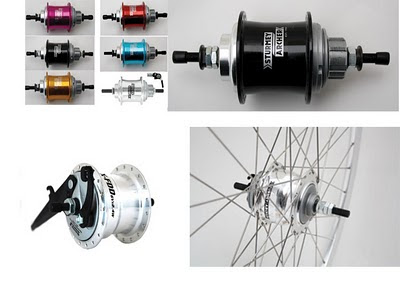 We just in a bunch of treats from Sturmey Archer! The S3X 3-Speed Fixed Hubs are finally here, 120mm(in the plethora of colors pictured above) and 130 mm (in black and silver). These all come with the Sturmey SLS3X barend shifter...

Whew!! There will be a posting later today with more stuff...including a SF Giants themed bike accessory...
Posted by Stan at 12:33 PM 0 comments

Thank you American Cyclery for sharing their Halloween vid with us. 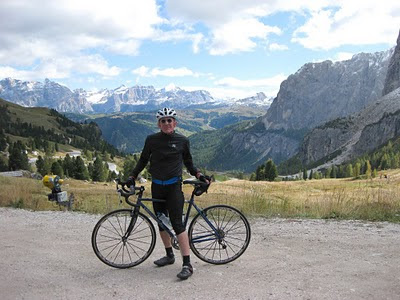 Charlie sent in this awesome picture of his Double Cross. This is atop Passo Gardena in the Dolomites. You have to blow it up large to appreciate the scenery.

Sycip Designs installed the S&S Couplers to the frame to make for cheaper and easier travelling. While he owns a carbon Madone, he says if he had a choice of just one bike it would be his Double Cross. (Charlie: Thanks for going on record with that statement. Your free trip to next year's Tour De France is in the mail)
Posted by Stan at 1:54 PM 0 comments The owner of the first Saga frame ever produced sent us this picture of his bike in Guatemala. He's been through 8 Central American countries on it and plans a trip to New Zealand soon. 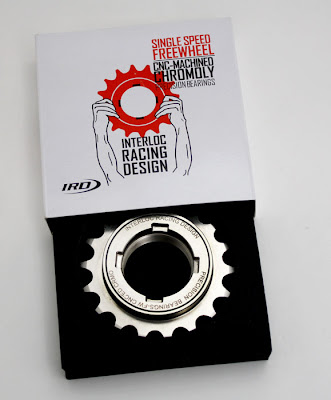 We just got these beautiful IRD Single Speed Freewheels in. They're CNC machined and super-shiny. Check them out in the SOMA store!
Posted by Stan at 12:44 PM 2 comments

Email ThisBlogThis!Share to TwitterShare to FacebookShare to Pinterest
Labels: back in stock, khyber rear rack, thick and zesty bar tape 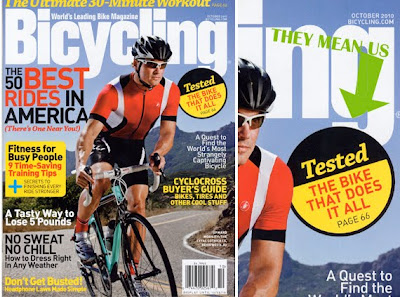 This is old news for you on our Facebook group and the 1.6 million readers of Bicycling, but our do-all frame, the Double Cross, just got reviewed. They actually reviewed four CX bikes in the issue. I must say it was refreshingly awesome of them to lead with an affordable steel frame instead of the super carbon bike.
CLICK on the picture below to read the article. Click here to see the video review. 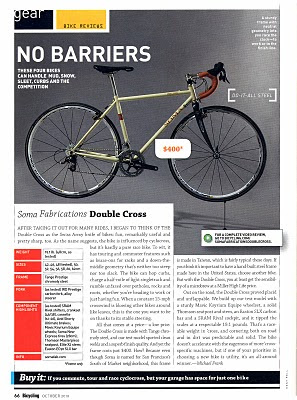 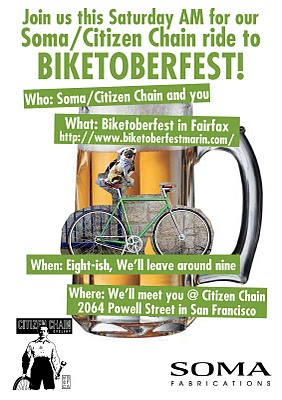 A loving tribute to Ensho Electric! Saddles from somafab on Vimeo.

cause these saddles are electric!
Oh yeah, and we have a vimeo account now!!! We plan to start posting demos and such on it in the near future, we will keep you posted of course... 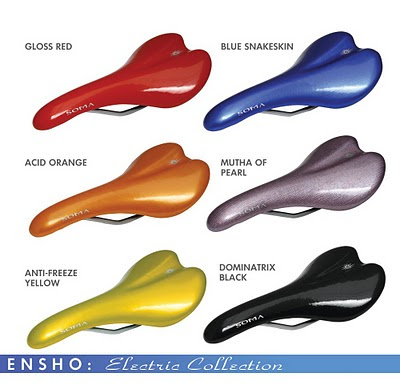 Paved Magazine Reviews The Buena Vista In Its Debut Issue 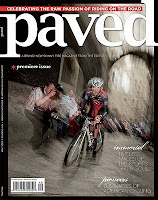 What is Paved Magazine? It's a brand new skinny tire magazine from the editors of bike Magazine, that mountain bike publication with all the awesome photography. When the test editor at bike called me asking for a Buena Vista, our immediate response was "why" and "are you really calling from bike?" They said they were working on a special road issue and that head editor was going to the Tour of Flanders and needed something for the girlfriend to ride and they would need the frame and any parts we could get sent ASAP. So even while we were packing up the frame set to send to a mystery address in SoCal (It was not the address listed on their website or print magazine, we were thinking something smells fishy.)
And when e-mails to the test editor went unanswered, we again thought something smells fishy.

Well it turns out the smell was just us, because Paved hit the newstands last month. There is a glorious full page picture of an immaculately built Buena Vista on page 92. And there's even an article of the Tour of Flanders. Click on picture below to read the review. 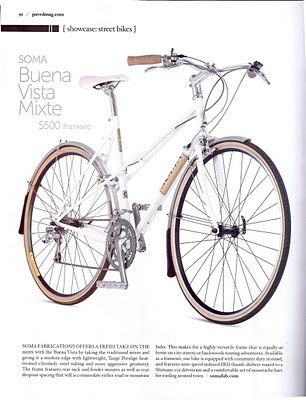 Was quite impressed that they decided to do a
showcase of "street bikes" in their premiere
issue. One would expect carbon fiber
wonder bikes.
Posted by Stan at 2:00 PM 0 comments 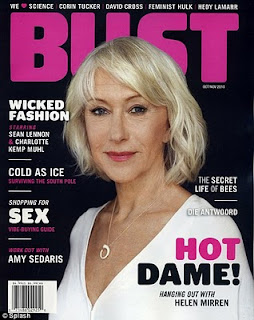 If you've been following our blog, you'll know that Moseman set off on an ambitious trek across China, Mongolia, and Russia back in April, a mostly solo journey close to 10,000 km in length. She had too cut her journey short (if you can call 7600 km, short) to take care of an emergency in Shanghai where she calls home, but she vows to finish what she started in the next couple of months. We applaud Moseman on her physical and mental tenacity and Bust Magazine for recognizing what an inspiration she is.
Click on the image below to read the article by Pheobe Magee. 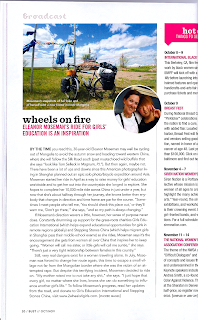 (We gave her a Soma Saga for the ride,
which she calls "Lieutenant".)

Crossing over the country with Double Crosses.. 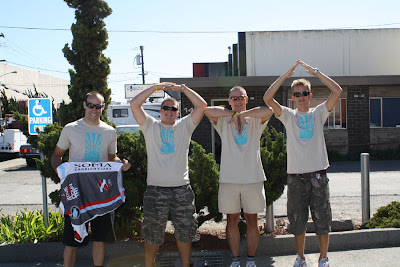 
Last week, these gents from Hawley (our east coast distributor) stopped in for a visit post-Interbike. These aren't just any gents, they are riding cross country..from San Francisco to Yorktown, VA! And they are doing it on Soma Double Crosses!! I just checked out their blog and right now they are in Eureka, Nevada. So in a week they've gone about 500 miles. Damn. We'll bring you all the latest and greatest news from their Cross Country/Double Cross adventure.
Posted by Stan at 10:11 AM 0 comments