Chris Piascik All My Bikes Zine 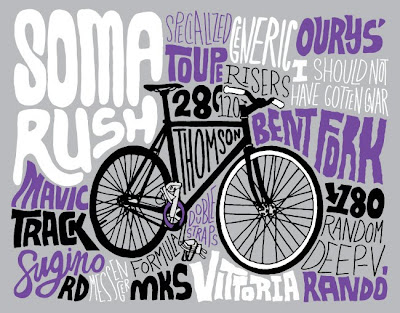 We are stoked when anyone purchases a Soma frame. We are especially happy when they immortalize them in art as Chris Piascik has.
Check it...

Full color, 28-page zine featuring illustrations of every bike I have ever owned. Since a young age I have been completely bike crazy, because of that I’ve had lots of different bikes of all shapes and sizes. Highlights include: General Hustler, Robinson SST, Schwinn Predator, S&M Holmes, Soma Rush, Standard 125R, Milwaukee Bruiser, All-City Dropout, FBM Joint 2, Freeman Transport.

Order a copy at the Print Brigade webstore!

You can preview the zine in full on Issuu. 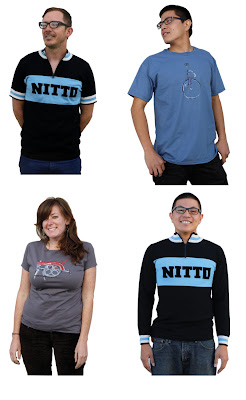 At a loss for what to buy bike-crazed grandma for the holidays? Looking for a classy wool jersey to outfit yourself on weekend rides? Look no further than our store, which is stocked with Nitto Wool Jerseys and 100% cotton tshirts(mens and womens sizes) featuring gorgeous oil paintings by bicycle artist Taliah Lempert Anyway you spin it, these are really great and we're very happy to be carrying them.
Posted by Stan at 10:02 AM 4 comments

Hit By Car and His Bike Stolen...All On His Birthday 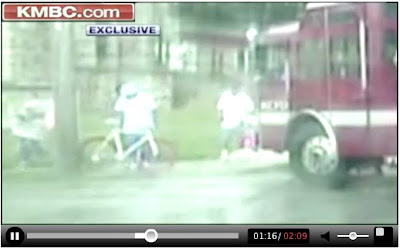 This happened to barista and cyclist Mike Hardy on his 27th birthday back in September. He was struck by a car riding his Soma Rush to his girlfriend's house. While paramedics were treating his injuries, the bystanders, who initially checked on Hardy after the accident, made off with his bicycle. This was all caught on a Kansas City Police Department dash camera. The video footage (click to view news story and video) shows the thieves checking the bike out for damage, then rolling off with it.

With the video footage in hand the police and Hardy hoped to be able to track down the thieves. The Kansas City cycling community and his friends had all pitched in to help get the word out on the stolen bike, which Hardy was very appreciative of. But so far, no luck.

When we heard about the incident, we tracked him down on Facebook and offered him a new frame and fork if his bike was not recovered. After giving the cops six weeks, he took us up on the offer. We also sent him a set of red Foer rims that were on the stolen bike. It will still be some time before Mike can ride, but at least he has something to look forward to when he can. We wish him a speedy recovery.

* * * * *
Mike said he and his friends lovingly built the Rush to be a racer. But we bet he didn't have a set of these new Urban Pursuit 31.8 bars. These are 31.8mm in the center for enhanced stiffness and have shorter horns than our original Urban Pursuit bullhorns. They kind of look like RB018's. These should be available in shops in a couple of weeks. 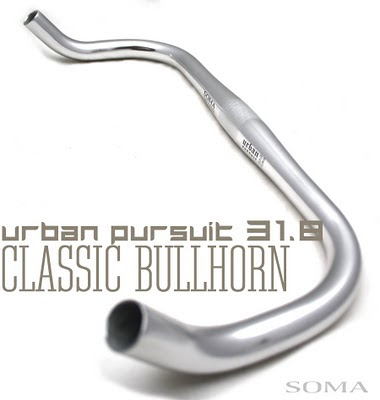 * * * * *
More new track bike news....track not tark since this show involves vintage pistas and other classic bicycles. Superb Bicycle asked us to offer up a little schwag for their vintage bicycle show, Bella Biciclette. I saw their promotional image and thought it was so cool and had to up it here. 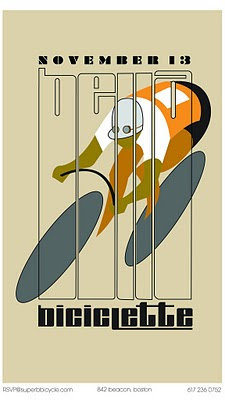 S.F. Giants Tribute From The Oldest Bike Shop in S.F. 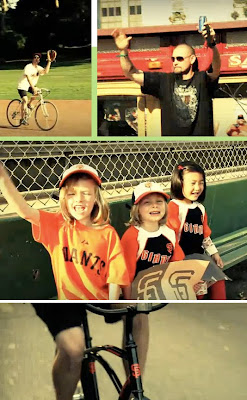 Put together by the folks at American Cyclery in the three days after they won the World Series. This one's pretty pro. If you are a baseball fan definitely hit the "play" button. Thank you Giants for an incredible season!

Directed, shot and edited by Corbett Jones.
And remember there's always a bunch of Somas at American Cyclery.

How do they compare with our other 3-Speed Moustache Bar 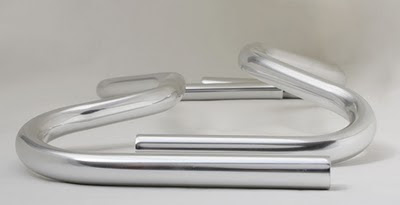 What is this, Babylon 5? 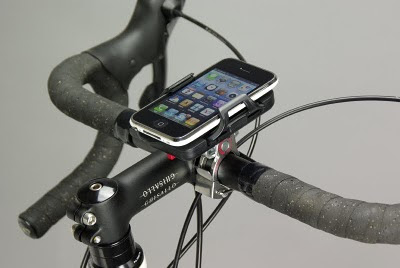 Touching down in the not so distant future(about a week and a half) are smartphone holders for your cockpit. We're getting them from Minoura(which is not a distant galaxy, but a Japanese bike part company). For those who use their smart phones to navigate lengthy rides through the hills of Marin or New Hampshire these are obviously a welcome alternative to pulling over every few miles to reorient.. keep your eyes on the Soma store!
Posted by Stan at 2:36 PM 4 comments

This could be the seasonnnnn! 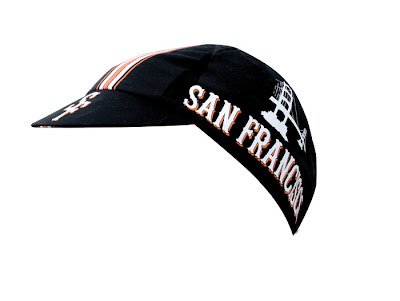 I apologize for the Journey but the city is swelling with Giants pride right now and it's hard to resist. We just got these caps in, just in time for the Giants impending World Series victory tonight. Coincidence?...perhaps... Anyway, I'm totally wearing one to City Hall tonight.
Posted by Stan at 4:07 PM 0 comments