Head over to Cycling Illustrated and check out the nice Double Cross build they put together. 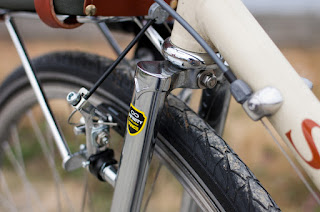 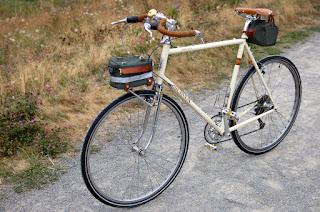 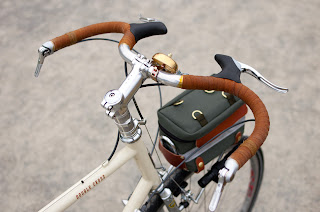 The Smoothie is our race geometry frame. We supplied a frame with steel fork at Bicycling's request.
They built it up with their own parts included a Shimano 105 drivetrain, Ritchey bars and headset, and Michelin Optimo tires. We didn't know it at the time, but they were planning to feature multiple reviews on steel road bikes this month. Steel has been on the rise for years now, but no American magazine has had so many steel bikes reviewed in one issue since the 80's probably.

Here's some of what they had to say...

At a recent training race, it was up to the task whether I was pedaling hard at the front of the bunch, sprinting for midrace points, or banking hard into the last corner before the finish line. And on a rainy-day charity ride that included several steep gravel climbs, the Smoothie easily soaked up washboard sections and muted rough roads. It provided stable, well-mannered, and predictable steering while still letting me shoot up climbs. The bike meets modern standards with its 1 1/8-inch headset and 27.2mm-diameter seatpost. Its down tube has braze-on bosses for cable stops or down-tube shifters, and the rear dropouts have eyelets for fenders and racks. The steel fork has a curved rake and lugged crown that help absorb bumps, and the generous clearance accommodates tires as wide as 28mm (ideal for rough dirt roads). If you want to save weight and stiffen the front end, you can opt for an IRD carbon fork when ordering your frame, but you’ll sacrifice your ability to run 28mm tires.

Though Soma calls the Smoothie, made from highly desirable Tange Prestige tubing, a road-race frame, most racers today favor lighter and stiffer bikes (30 years ago the Smoothie would have been considered a top-level race bike). But in an age of oversize tubes rendered in moldable carbon, it’s no wonder so many riders covet this bike for its classic looks. The Smoothie’s traditional lines, spartan graphics, and clean white paint combine to make the bike a modern embodiment of historical frame designs.

For the rest of the review visit Bicycling.com . We will add this to the review section of this blog and in the Smoothie frame page at a later date. 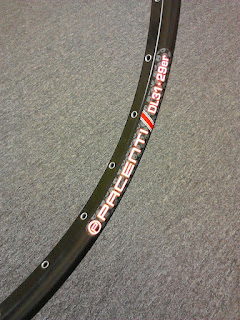 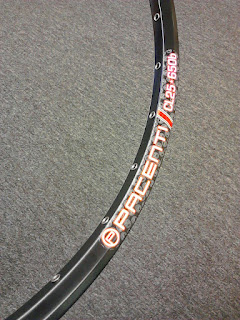 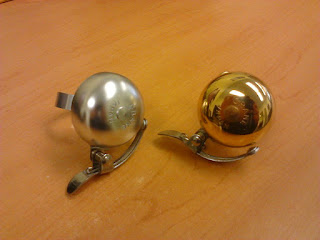 Fresh from the overseas, two new Crane Bell samples. Why do the Japanese love to make smaller, cuter versions of everything? We don't know, but we like these bells. These are the Suzu Mini, a smaller version of their popular lever strike model. These are great for mounting to your stem or on top of your drop bars, because they taker up a bit less real estate. We got two versions in, the Alloy with an 1 1/8" headset spacer mount, and the Brass traditional steel clamp for mounting to your bars or a quill stem. The bell and striker can also be removed and mounted to a braze on. We will be getting both versions in Brass Alloy and Copper. Ask your local bike shop to put one on back order, because we think these will be a very popular item.
Posted by Stan at 9:37 AM 0 comments 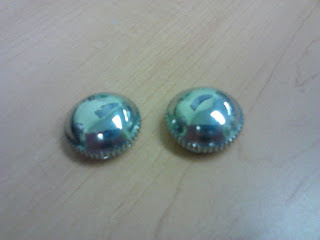 Got some old campy pedals but no end caps? Cant bear to use caps that have MKS embossed on them? It's okay, we understand. That's why we had them make these plain polished pedal caps that will work for your old Campy pedals. Uhh, you're welcome.
Posted by Stan at 1:01 PM 3 comments