Cape To Kapp: Sudan Was Flat Out Hot

Teresie Hommersand grew up near Stavanger, a city known as the oil capital of Norway. She remembers eating supper every evening off plates with the logo of the national oil and gas company on them. Somehow she became the "green sheep" of the family. She has lived in Uganda, Oregon, and Australia. Learn more about her 13,700 km ride going from South Africa to Norway and her charity crowdfunding campaign on her Facebook page and Instagram.

Unknown challenge ahead
On the 11th of April, I crossed the border to Sudan from Ethiopia on my Soma Saga! So ready for Sudan. So excited!! I had been told it was going to be hot. Very hot. But as I was getting my visa stamped, I had no idea that for the next nine days I would struggle on the bicycle seat in a heat unlike anything I've experienced before. I'm not exaggerating. 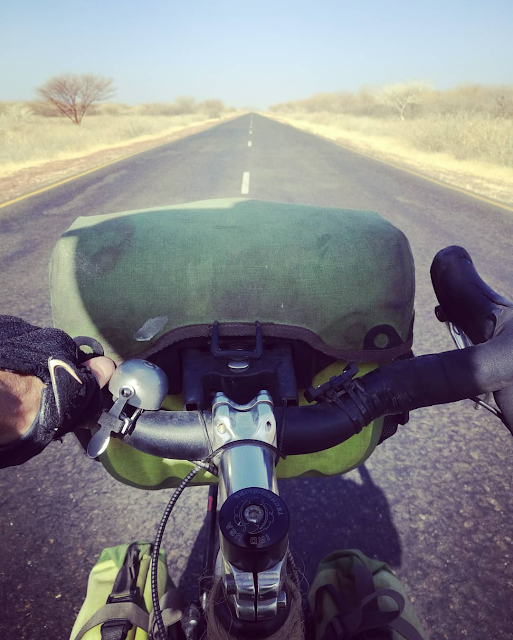 Sudanese cycling conditions
Sudan is extremely flat, the roads are long and straight (and at times boring) so I thought I'd easily do 100km in a day on my way to Khartoum. Most likely more. My mistake was to keep on pushing to reach this target, even though the elements were telling me not to. As soon as the sun is up here, it gets hot. Between 11am and 12pm to around 4pm, I'd say it's unbearable on certain days this time of the year.
Most people take it easy during these times.
I was cycling on a bike packed full of stuff.

After about 15 minutes of leaving the filled water bottles on my frame, the water is as hot as tea water.

Constantly drinking, hardly peeing
Semi desert landscapes. Some shrubbery, the occasional tree. Lots of sand. Vast open landscapes. Blue sky. The regular animal carcass next to the road. On this stretch, I frequently flagged down vehicles to refill my water bottles. It's far between the taps and I didn't want to cycle with an additional 10 litres of water, making my bike super heavy. Pretty much all cars and trucks stop! It's easy. I even had one of the dangerously fast busses hit the brakes and give me cool water. Cool is key. After about 15 minutes of leaving the filled water bottles on my frame, the water is as hot as tea water. I'm not kidding. You are constantly drinking, hardly peeing and do certainly not feel refreshed after a sip. I'd be scared to cycle this stretch in this heat if it wasn't for the possibility of getting water from passing traffic. Very scared.

No escaping the sun
Have you ever had to fix a puncture next to the road at midday, in the scorching sun, with no shade, at 47 degrees celsius? (That's 117 degress F)  The heat influences everything. How you feel, what you think and how you deal with the situations you are in. I fixed this puncture, but upon my second one later this day, I just crawled under a tree that provided a tiny bit of shade (far from enough!!) and laid there. I was even so close to the next village. Less than one kilometre away. I could see houses, but I just could not get myself over there. The heat was too much. I had to wait it out. This is the first time on the trip I've actually laid down next to the road. The warm wind made it even worse. Hotter than a hairdryer! The less limbs you expose to it the less uncomfortable. How do you do that?

Fluctuating emotions
On this stretch, I teared up at least once a day. Once out of hopelessness (the road surface was so bad. It would not end). Several times out of gratitude (as when a truck driver handed me a sesame seed snack in the middle of nowhere in the desert!). A few times as I was feeling sorry for myself.

Celebration!
I had days I was only able to do 34km and 41km. It got a little better once I hit the Nile. One day, to my extreme surprise I did 100km! And finally, I reached Khartoum! My goal. The "desert oasis", where The Blue and White Nile meet. My host had suggested that we meet at Ozone. When I got there, I discovered that it was a full on café with cakes and ice cream!!! How fitting! A cyclist in Sudan's wet dream. I freaking made it! 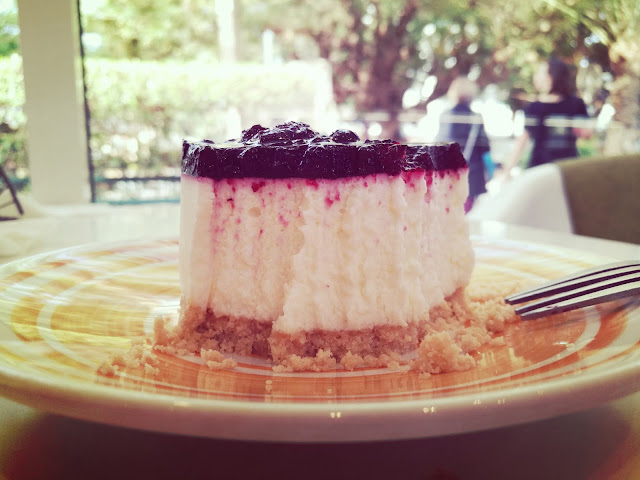