Another ride submission from Andy in Illinois!

Greetings!  Here is a photo of my well-ridden Smoothie (48cm) build right after dipping the front tire in the waters of the Mississippi River at the finish of RAGBRAI 2013 (Council Bluffs IA to Fort Madison IA--450 miles). 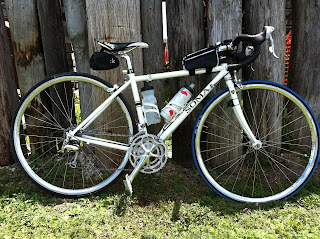 Our UK distributor sent over these pictures of another Soma Double Cross Disc build. The skinwall tires make a great accent to the Old Gold color scheme. 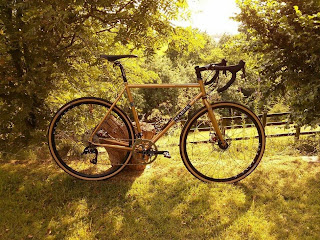 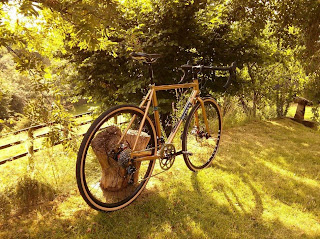 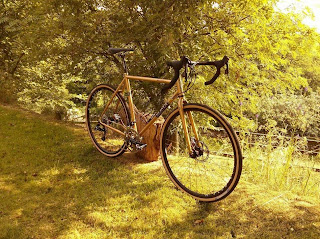 http://www.fine-adc.com/
Posted by Bilbo Baggins at 9:52 AM 0 comments

Another smart Soma from the mailbag. 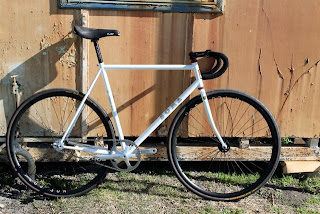 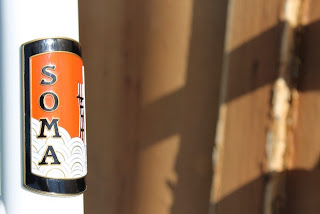 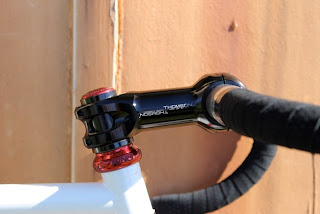 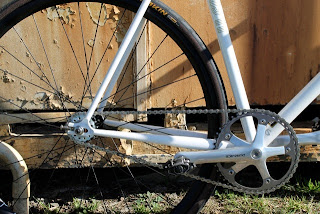 Thanks for sharing Marc! You've put together a pretty slick build. Keep them coming people!
Posted by Bilbo Baggins at 6:00 AM 0 comments

Soma bikes really get around. This build is from Cyril in Manila, Philippines. 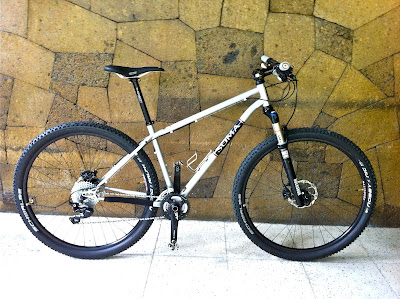 Hey guys! Just wanted to share with you a few pics of my newly assembled Juice. 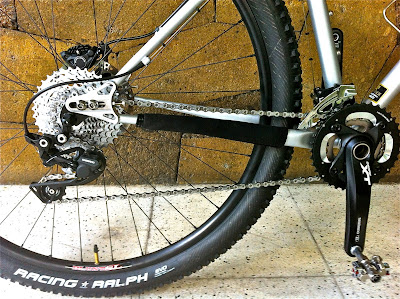 My name is Cyril, from Manila, and I have been scouting around for a new frame for half a year now. I used to bike heavily back in the day (1988-1993) and was really into road bikes until most of my bikes were stolen from a break-in in '92 (the one that was spared, a 1989 Team 7-11 themed Eddy Merckx roadie, was sold last year) 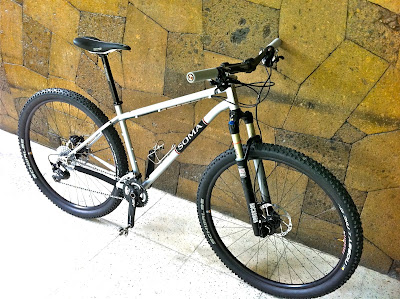 Anyway, my friends started biking a few years back and I never really thought about biking again until November of last year when they took me on a trail ride. I had so much fun that I decided that I wanted to   build a new one again. 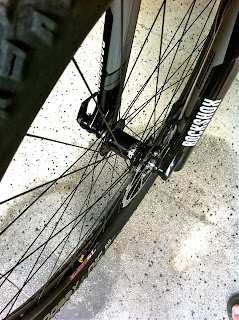 Since I haven't biked in ages, I wanted to make sure that the one I built up would be a keeper -- and one that would hit close to home. I was immediately drawn to the Soma brand because a record label, one        that I really liked, had the same name. But what closed the deal was the fact that it was a steel frame, and a SF based company at that too. I just knew that I was gonna get one when I visited my girlfriend again in San Francisco. 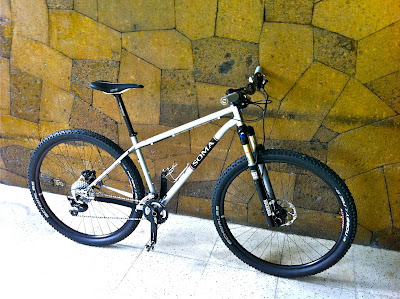 Dan at American Cyclery helped me source out everything except the groupset, rims and fork. I decided to go for a Chris King headset and their hubs, while Thomson was my choice for the cockpit (w/ the seatpost and clamp too) cause I wanted things to be uniform while also having some peace of mind that it will not crap out on me while out on the trail! 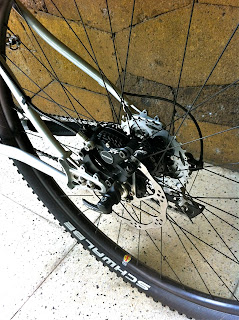 I went for a RockShox Reba RLT solo-air with maxle 15QR, Velocity Blunt SL rims, and Schwalbe tires cause I wanted to keep the black/white/red-orange motif while also maintaining reliability/performance. 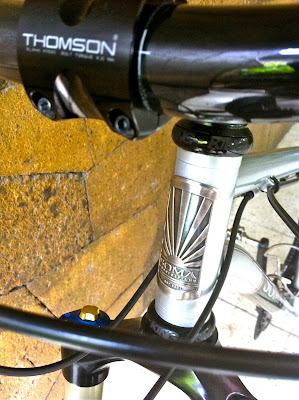 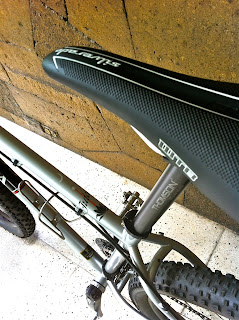 Anyway, I have only ridden it 4 times since it was built up a few days ago, and I'm loving the feel of the frame! I still need to get used to biking a 29er, but I know as early as now that my experiences with it
will only get better. I will also be transporting it back to SF in the near future, which means I wont have to rent out a bike anymore when my girlfriend and I want to go to Tiburon or Mt. Tamalpais again. For now, it will have to endure the monsoon rains and humidity here in Manila. 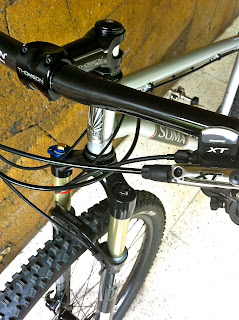 PS - I also procured a Gold Double Cross Disc at AC for my friend. He will be building it up in a month after he recovers from an injury. Can't wait to see it built up! At least I'm not the only one who will enjoy a Soma frame in Manila :)

Posted by Bilbo Baggins at 8:00 AM 5 comments

If you didn't make it out to Pedalfest in Oakland this weekend you missed out big time. Lot's of cool bikes and bike folks. Several local shops and builders were on hand showing of their wares and chatting with attendees. Shout outs to Sean from Soulcraft (thanks for the hat!), Steve Rex, Inglis Cycles, Bruce Gordon and Paul Comp. There was also an awesome exhibit of vintage bikes including an OG chrome Breezer. 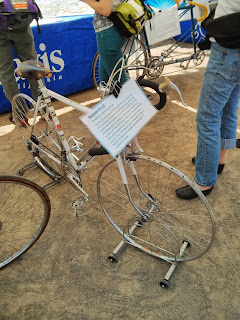 I was super jealous of this original Peugeot PX-10. 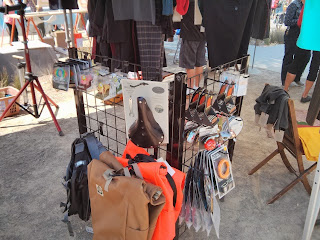 Missing Link from Berkeley was there, with a nice selection of goodies. 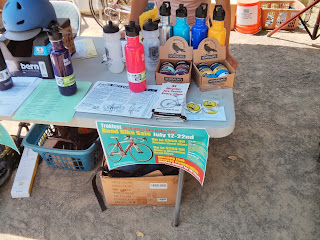 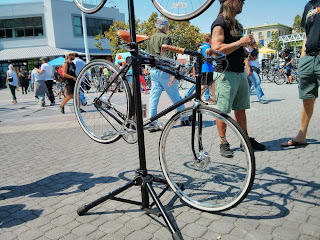 Manifesto out of Oakland had some interesting bikes on hand, including this custom build equipped with Sturmey Archer drum brakes. 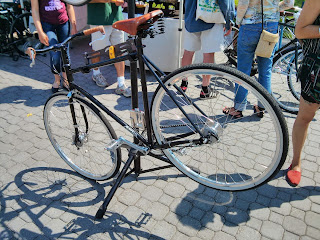 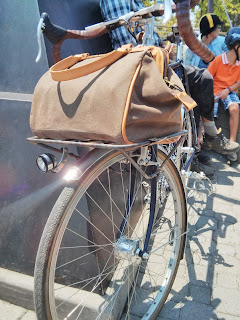 This bike wasn't on display, but it was such a nice build I had to check it out. I was really impressed by the custom rack and Laplander tote bag. Thanks for letting me geek out on your bike! 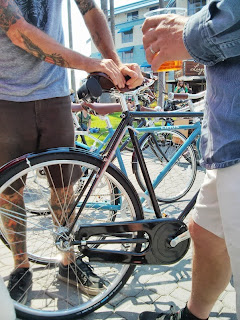 This bike was equipped with a Bachetta 3 speed shift lever mounted to the seat stay. Maximum classiness.

Were you there? What was the coolest thing you saw? Do you think Soma should have a booth next year? Let us know in the comments.
Posted by Bilbo Baggins at 9:11 AM 2 comments

More info can be found here.

Just a heads up for folks in the Bay Area, our buds at American Cyclery are having a big ol sale this sunday. Check it out, especially if you're looking to pick up some Soma gear on the cheap. 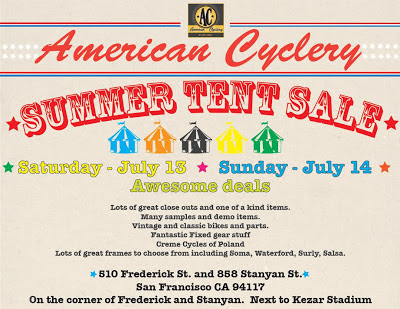 If you've been thinking about building your own bike frame and you live in the Bay Area you may want to check out the Urban Mobility Framebuilding course over at California College of the Arts. They're offering a second session this year (I'm in the first session which is wrapping up now), and they're accepting application now.

The second session is taught by Matt Feeney of Pass & Stow racks. You can find more info on the course here.
Posted by Bilbo Baggins at 9:16 AM 0 comments