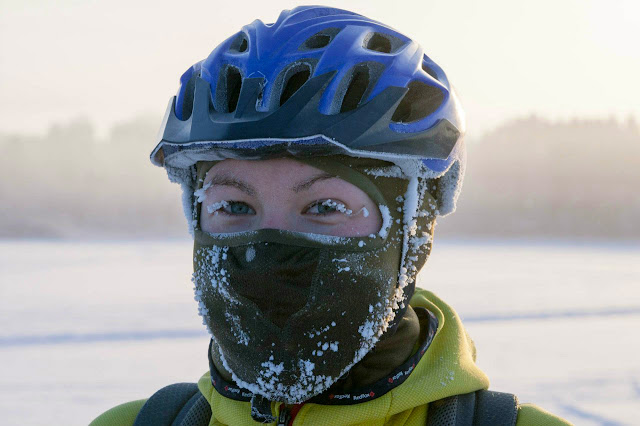 We at Soma don't really go looking for Brand Ambassadors all that often. However we recently picked up Planetarki.ru as a our distributor in Russia. Since Soma is totally new to this huge country, a brand ambassador seemed like a good move. Konstantin of Planetarki connected us with Karina, who may be the only woman working as a bike mechanic in Moscow, maybe all of Russia. She also runs her own bicycle discussion group on VK (Russia's equivalent to Facebook) where she has over 2000 members. A few may have joined to find out who is this woman who imagines herself a real bike expert, but most have no problem with her and are happy to swap experience and knowledge with her. We are honored to have her on board.

Hello! My name is Karina Simonova. I grew up in a small village near Smolensk, at the age of 18 I moved to St. Petersburg to study. There, in a big city, I realized that the best way to get around is a bicycle. So I bought an inexpensive used bike and used it as my main transport. It often broke down, and I, a poor student, had no money for maintenance and repairs. So I had to learn to fix it myself. At first, cycling friends helped me with simple questions, but I mastered more complex repairs myself.

A few years later, I got a job as a salesperson in a bicycle shop. A year and a half ago I moved to Moscow - there I found work as a bicycle mechanic at Mosgorbike.   I am responsible for repairs and warranty service. Rumor has it that I am the only professional female bicycle mechanic in Russia. 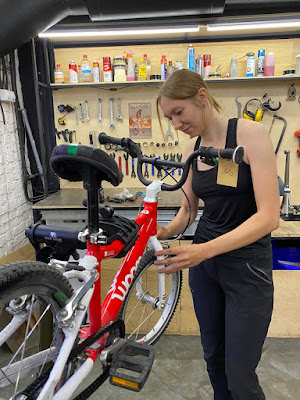 In order to discuss the issues of repairing my bicycles and share my experience with a wide audience, I organized a community called Karina's Garage on social media. Here I post reviews on bike parts, hiking cycling equipment, and raise not-so-simple topics of women's biking. 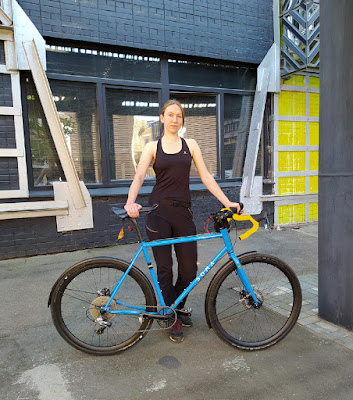 Over time, various companies began to contact me to test various bike components and write reviews about them in Karina's Garage. Since last summer I have been actively cooperating with the PLANETARKI.RU company. PLANETARKI.RU recently became a distributor of Soma in Russia and they offered me to become an ambassador of this brand in Russia. I got interested because Soma gravel bikes have always impressed me. I have long dreamed of a good steel frame for gravel and touring, and this dream came true in the  Wolverine. The difference with the bicycles I had before is enormous. The Wolverine is like medovukha (an alcoholic drink made with honey) -- strong, but sweet, too. With her, I can handle the asphalt and gravel roads of Russia and abroad. And I am glad to share my experience with Soma products where ever I ride.
From the moment the bicycle appeared in my life, work and hobbies have merged into a single whole. Bicycles at work, bicycles at home. My precious vacations also involve cycling! I have traveled in Russia from the White Sea to the Black Sea, was in the Caucasus mountains and Tsimlyansk Sands. I saw bears in the North and itched from insect bites in central Russia. I have participated and volunteered with the Russian ultra-distance self-supported bikepacking race Tour Unite, based on the legendary Tour Divide. 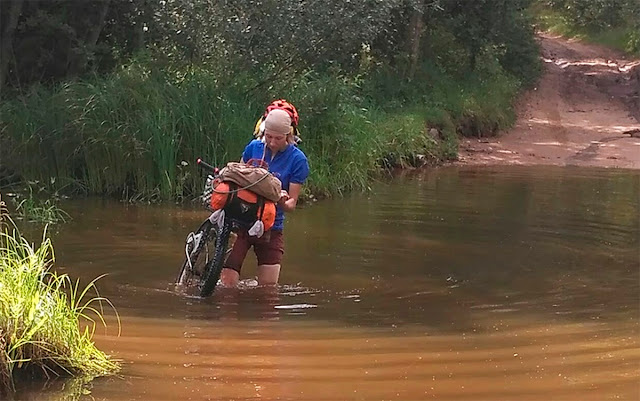 I dream of starting my own workshop– the name for which I suppose already exists (well, you know what I mean)  and  I wish to have more travel opportunities. I have a bad temper, I draw mediocrely, I sing terribly, but I love my cat and my bicycles with my whole heart. In appreciation to those who will read this boring story to the very end, I drew a picture that depicts everything that I love so much - moving forward, my cat and my new bike Soma Wolverine. 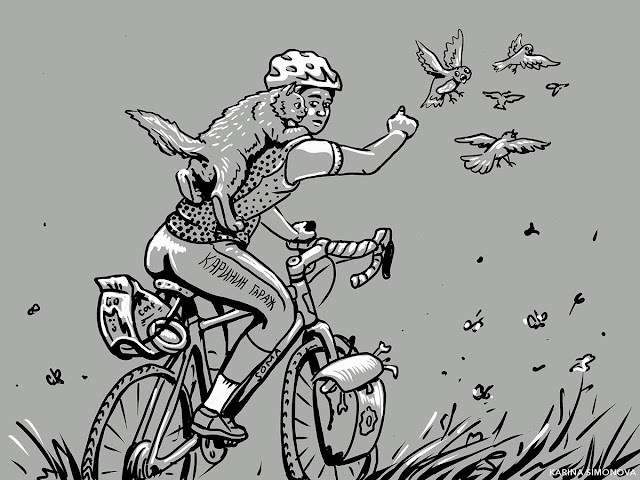